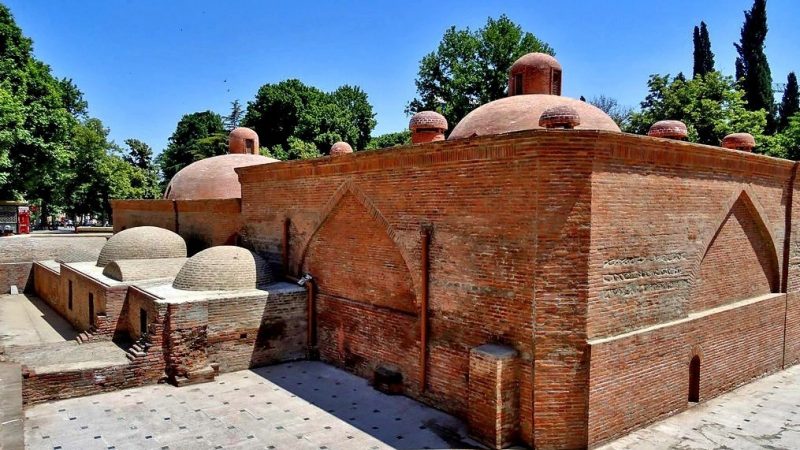 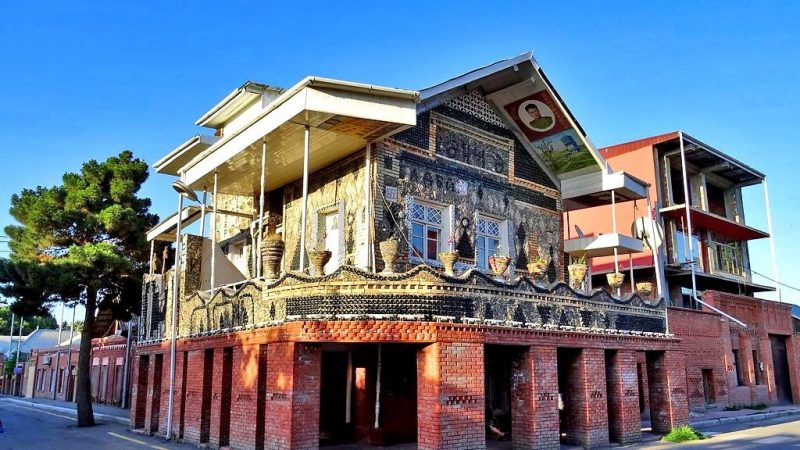 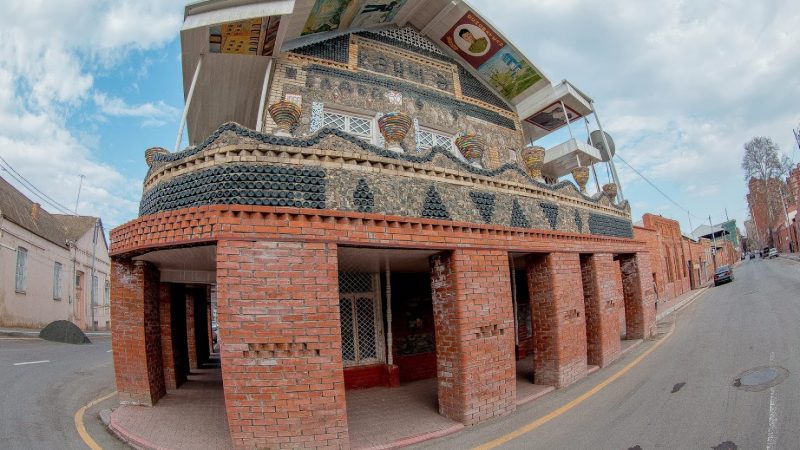 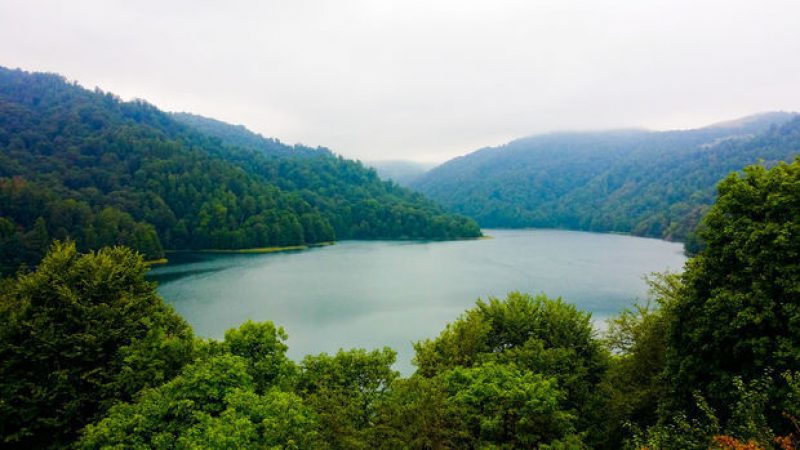 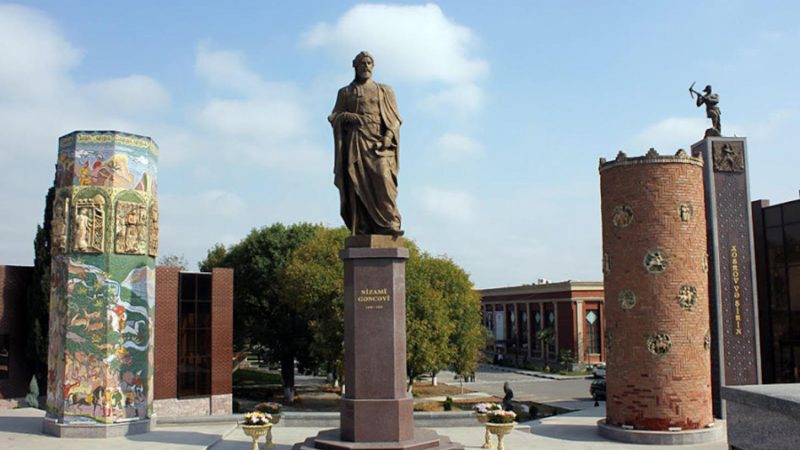 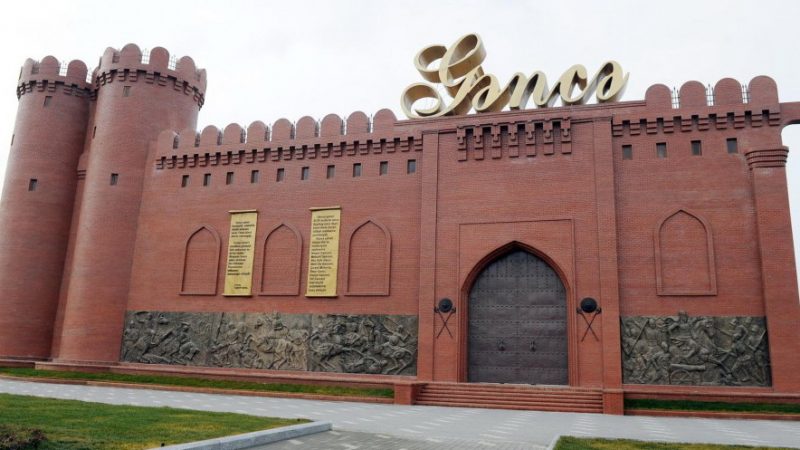 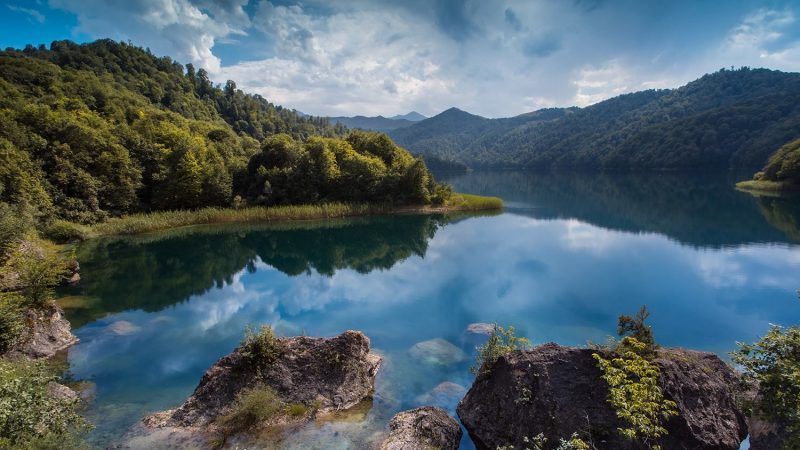 Length of the route: approximately 350 km (one way)

In its beauty, Ganja is not inferior to Baku and is an Azerbaijani Mecca for tourists. The Great poet of the Eastern world — Nizami Ganjavi-was born and created here. The Great Silk Road passes through Ganja. Legend has it that the city was founded on the place where the wanderer Maziad found several cauldrons filled with gold. The city was named after this discovery. Ganja is often called “the city of treasures”.

You will visit the most significant of them:

It is located at the entrance to Ganja and is a cult place of visiting poets. It is a monumental cylindrical structure made of red granite. Nizami’s name was carved in gold just above the entrance.

The Mausoleum of Imamzadeh

The 19th-century mausoleum of Imamzadeh is located a few kilometers from the center of Ganja.

Imamzadeh is the traditional name of the mausoleums where the descendants of the prophet Ali rest peacefully. There is also a tomb of Sheikh Ibrahim and an ancient cemetery — the only place in Azerbaijan where the greatest number of monuments with portrait images is found.

In one of the lanes of Ganja is a quaint bottle house, which has become a symbol of modern architecture of the city. The local resident Ibrahim Jafarov built the two-storey mansion in 1966-67 in memory of his missing brother during the Second World War. About 50,000 glass bottles of various shapes and sizes were used in the construction, as well as colorful stones brought from Sochi.

This building was the third in the ensemble of Sheikh Bahauddin. The caravanserai building is a two-storey complex, which includes 15 halls and 54 rooms. During its construction, a mixture of clay-lime solution with egg white and burnt red brick were used. Today, the medieval caravanserai plays the role of a temple of knowledge. At the end of the 20th century, the Ganja humanitarian College and the Museum of the poet Meskheti Ganjavi were located here.

Goygol (formerly Hanlar and even earlier Elenendorf) is a part of Germany in the Caucasus. Back in the 19th century, a colony of Swabian Germans, who arrived here in the first half of the 19th century from the province of Swabia, was in full swing. The reason for the resettlement of Germans in Transcaucasia was the war, which was launched by Napoleon Bonaparte in the early 19th century. The Evangelical society appealed to Alexander I for permission to establish German colonies of pious families in Transcaucasia. In 1817, the Russian Emperor signed a petition of 700 Swabian families for resettlement in Transcaucasia. There are still two blocks of German houses of the 19th century, and in the center is a picturesque German Church.

One of the most famous lakes of Transcaucasia. It is located at the foot of mount Kyapaz, and was formed because of an earthquake in 1138. Goygol Lake is part of the Goygol reserve, which ensures the safety and inviolability of the nature and wildlife of Ganja.

Chayek-Hamam consists of two connected halls. This bath actively enjoyed special popularity among citizens and worked up to 1963. Today Chayek-Hamam is primarily a cultural monument since 2002; he is under the protection of UNESCO.