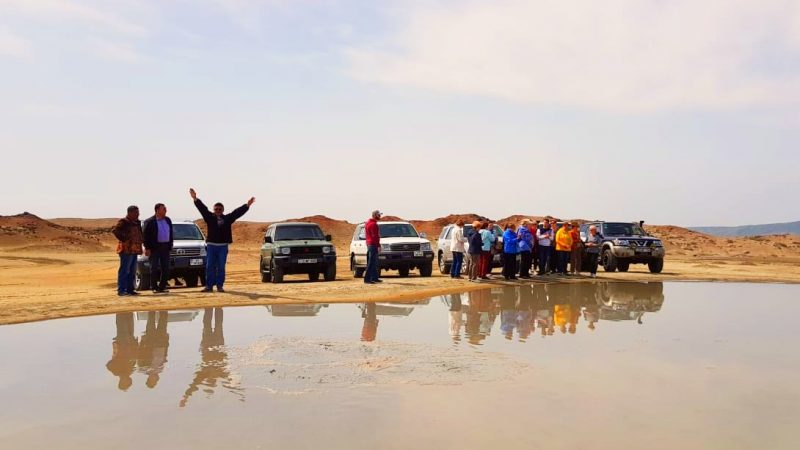 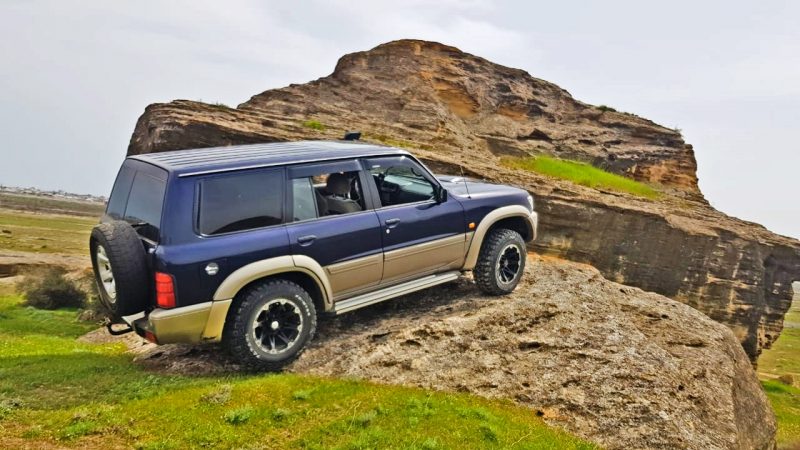 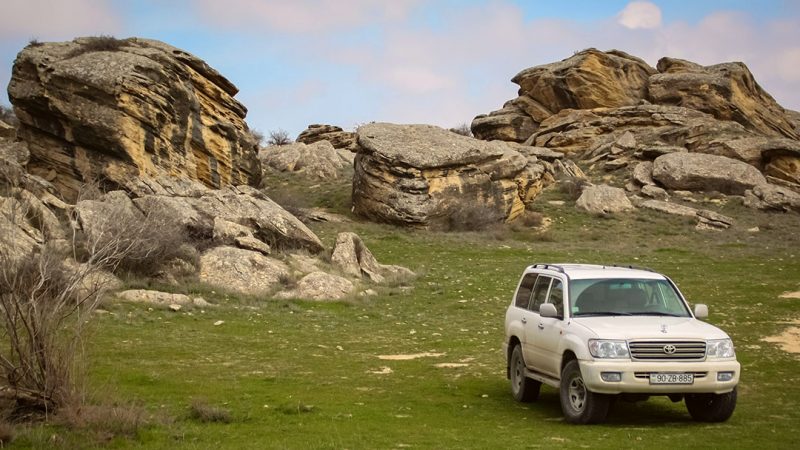 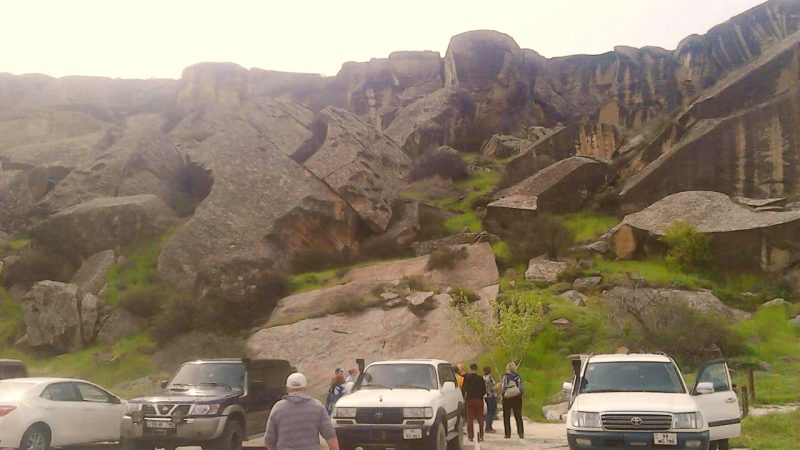 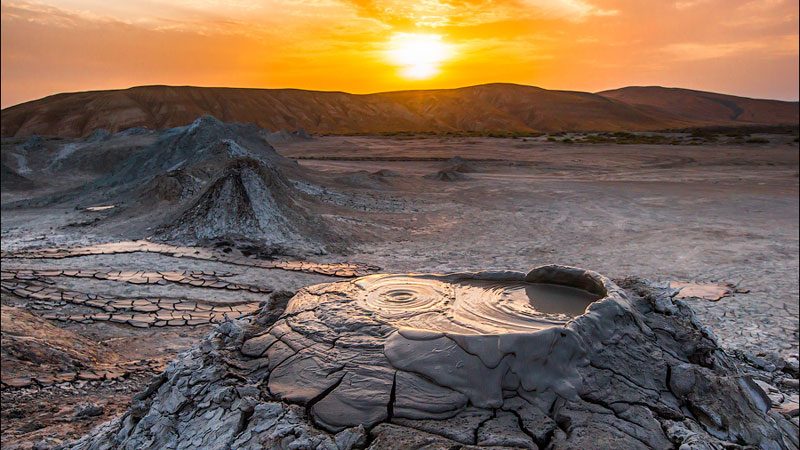 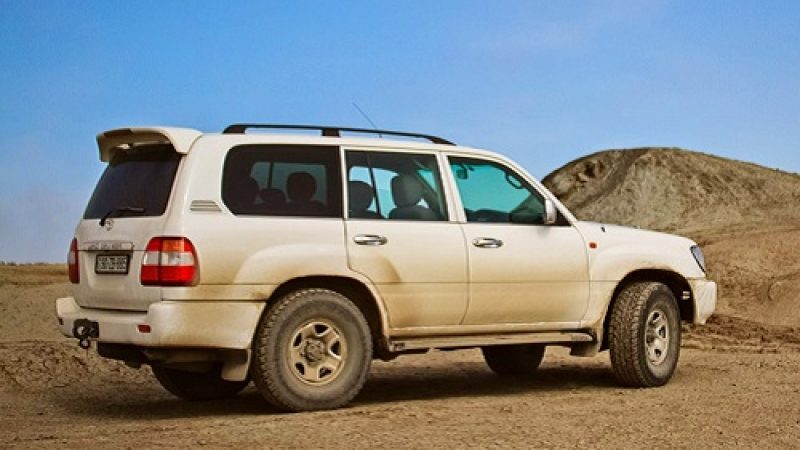 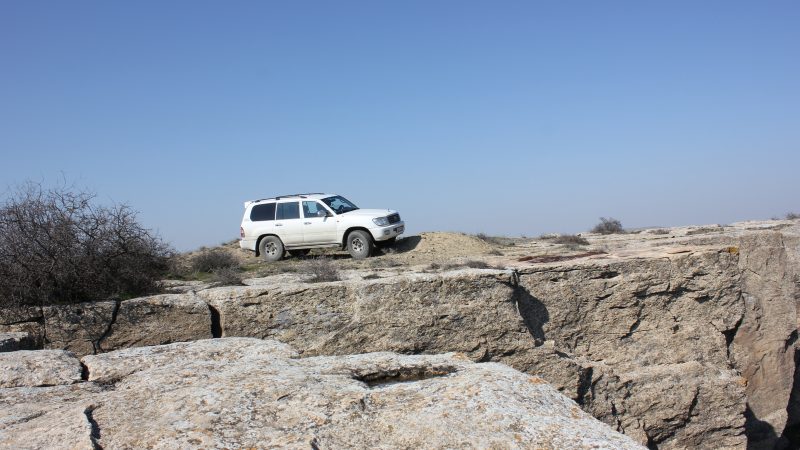 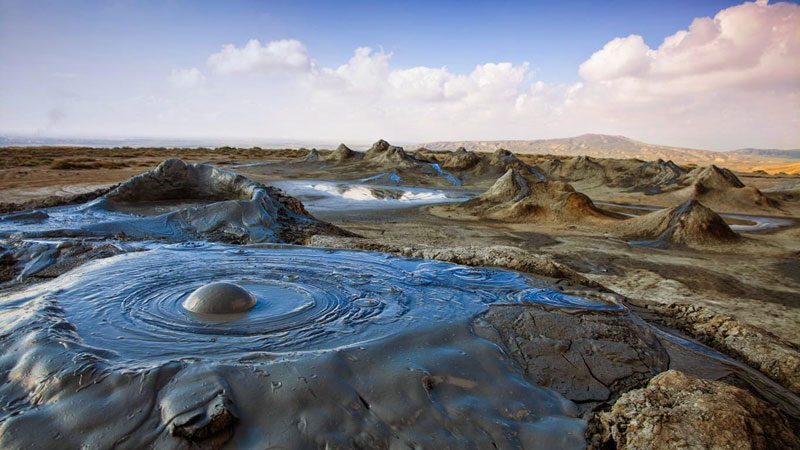 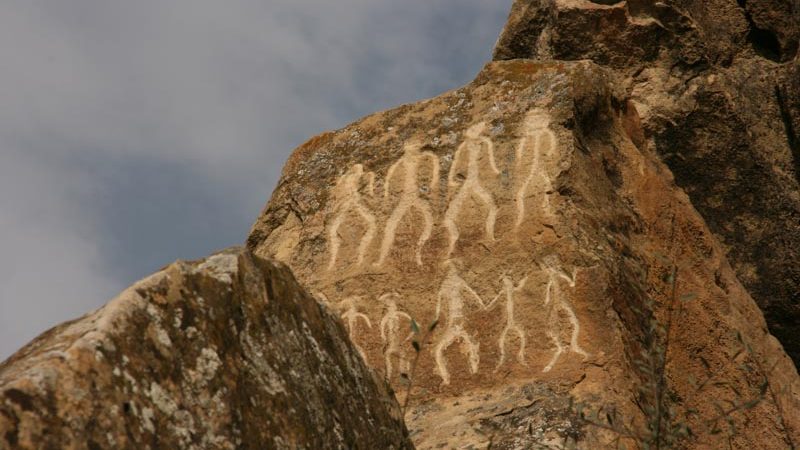 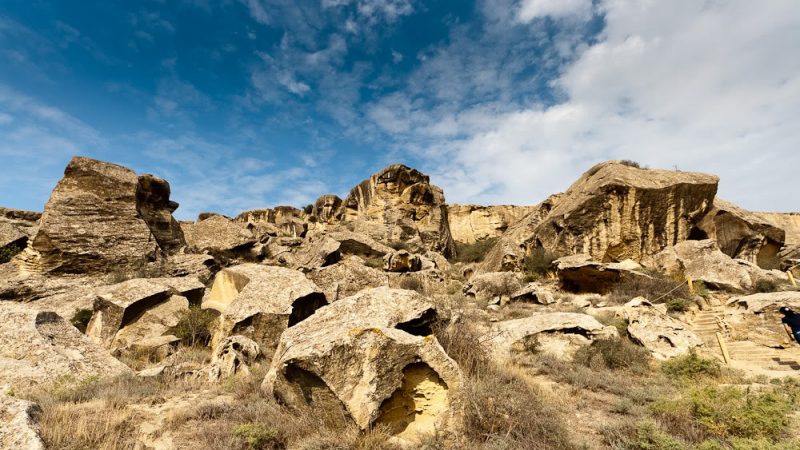 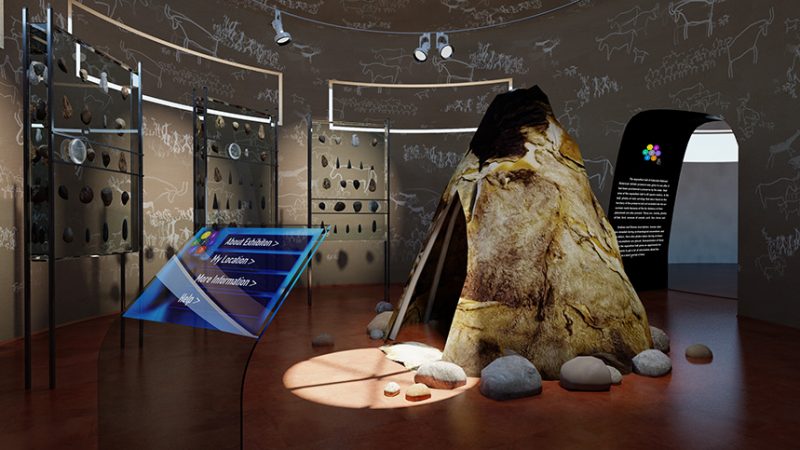 Pick Up & Drop Off: at your hotel within Baku

Prices per car (in US dollars):

The colorful and exploring Jeep tour in Gobustan can be the best choice to brighten your holidays. This is the one of mysterious places of the World. Gobustan assumed to be the one of the first civilization camp points in the world where the ancient people started to build their family ties and customs. You can be a witness of thousands artefacts here. The rocky lowlands are painted all along by petroglyphs-the ancient people manuscription. The make us understand how an ancient people leaved here and what their life credo was. Here you can see the Mud volcanos as well. Azerbaijan can be proud of them, because there are nearly 350 volcanoes (of 800 in the whole world). Of course, you will behold them.

The main points in Gobustan you will see:

Museum of petroglyphs-so called Gobustan-a mountain place in the Southeast of the Greater Caucasus range, located 65 km from Baku. It was here that ancient sites of primitive people were found, who left behind many rock images-petroglyphs. These primitive monuments of art reflect the culture, economy, worldview, customs and traditions of ancient people. Once the sea lapped right at the foot of these mountains, but then retreated, leaving on the polished boiling rocks characteristic relief traces. After accidentally, in the 30-ies of 20th century, were discovered unusual drawings on the rocks, they are open for more than 6 thousand (1000 rocks). Also found ancient primitive dwellings-caves and parking, more than 100 thousand items of material culture. Gobustan petroglyphs belong to different eras. They are made in the period from 10th to 17th thousand BC to the middle ages of our era.

Jeep tour of the reserve Kichik dash. You will find yourself on another planet-a mystical place, on the territory of which more than 2 thousand megaliths (huge boulders of stones) of different sizes are scattered. Some of them formed caves and grottoes where primitive people formed their first encampments. A large number of rock paintings and ancient inscriptions. You will have a unique opportunity to climb the mountain itself by jeep (176 m) and observe the beautiful scenery of the Caspian Sea and the Gobustan highlands. At the top of the mountain, you will witness the destruction of rocks, which last for about 10 thousand years.

To the East of the Gobustan Museum is a group of active volcanoes Dashgil. You will be able to visit and closely climb the crater of mud volcanoes itself and watch the bubbling of liquid clay. A beautiful landscape, as if you are on the planet Mars (scientists have drawn an analogy and the surface in the area of Gobustan is very similar to the surface of the planet Mars) and the constant mud gurgling creates a feeling of unearthly surface.